We invite the public to attend this year’s Teaching Contemporary Mathematics Plenary Address given by Dr. Francis Su. Admission is FREE, but a ticket is required for entry to ensure we do not exceed capacity. The event will take place at 8:30am in NCSSM’s ETC Auditorium on our Durham campus. Registration and additional information provided at the link below.

Register for the Event 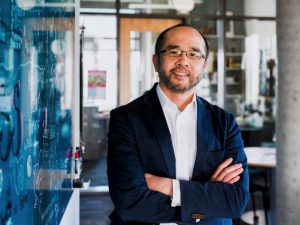 Dr. Su will be speaking about topics from his newly released book, Mathematics for Human Flourishing. Described by the Yale Press:

“In this profound book, written for a wide audience but especially for those disenchanted by their past experiences, an award-winning mathematician and educator weaves parables, puzzles, and personal reflections to show how mathematics meets basic human desires—such as for play, beauty, freedom, justice, and love—and cultivates virtues essential for human flourishing. These desires and virtues, and the stories told here, reveal how mathematics is intimately tied to being human. Some lessons emerge from those who have struggled, including philosopher Simone Weil, whose own mathematical contributions were overshadowed by her brother’s, and Christopher Jackson, who discovered mathematics as an inmate in a federal prison. Christopher’s letters to the author appear throughout the book and show how this intellectual pursuit can—and must—be open to all.”

Francis Su, PhD studies the application of combinatorics, geometry, and topology to problems in the social sciences. One example is the subject of “fair division”: developing usable algorithms for dividing assets or liabilities fairly among several people, so that each is satisfied. This research was picked up in a news story by the New York Times. Other recent research includes applications of convex geometry to the study of voting problems.

From 2015-2017, Su served as President of the Mathematical Association of America, the largest professional society of mathematicians, whose mission is to advance the mathematical sciences, especially at the undergraduate level. In this role, he has done much public writing and speaking on issues related to removing barriers for women and underrepresented groups to student mathematics.

Su received the Mathematical Association of America’s 2013 Haimo Award for Distinguished Teaching of Mathematics, a national honor given to three math faculty in the country each year. The MAA previously recognized Su with the Henry L. Alder Award for Distinguished Teaching by a Beginning College or University Mathematics Faculty Member (2004) and the Merten M. Hasse Prize for outstanding mathematical exposition (2001). Su has a passion for teaching and popularizing mathematics. He is creator of the award-winning Math Fun Facts website and iPhone app, and a news aggregator for mathematics, called @MathFeed. He is a widely sought-after speaker. 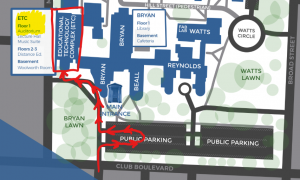 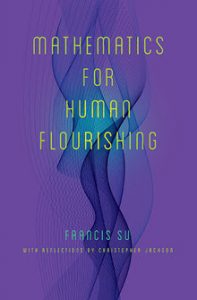 Books Available to Purchase Thanks to