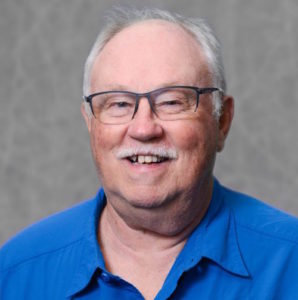 H. Thomas Banks, Distinguished University Professor, LeRoy B. Martin, Jr. Distinguished Professor and associate director of the Center for Research in Scientific Computation, passed away at the age of 79 on Tuesday, December 31, at home with family and friends after a two-month battle with a malignant brain tumor.

His international reputation and influential position started during a distinguished 22-year career (1967-1989) in the Lefschetz Center for Dynamical Systems (arguably the leading group in the world in control and estimation during the last quarter of the 20th century) and Division of Applied Mathematics at Brown University. During this period, Brown University founded its medical school and Tom was a major proponent and leader in bringing quantitative methodology to the program in the form of courses, curricula development and interdisciplinary research projects with biomedical scientists. His training in control and dynamical systems led to seminal contributions to several projects including one on glucose tolerance testing of the homeostatic system in humans wherein the dynamical system models suggested needed changes in the way routine testing of patients was carried out. This led to a series of short courses for biomedical researchers in the New England area and changed permanently the manner in which hospitals in the region screened potential diabetics.

After founding (and directing for three years) the Center for Applied Mathematical Sciences at the University of Southern California, in 1992 he joined our department as a Distinguished University Professor. During the next 27 years Tom made a number of important institutional contributions (in addition to pursuing a prolific research and educational career) including resuscitation of the Center for Research in Scientific Computation and founding of an internationally recognized Industrial Applied Mathematics Program specializing in research projects and graduate/postdoctoral training with industries and government laboratories.

In addition to his exceptional scientific achievements, including over 550 peer-reviewed publications, a hallmark of his intellectual efforts during his career was the education and training of young mathematicians/scientists. Indeed, more than 50 graduate students and 40 postdoctoral scholars have benefited from his scientific wisdom and mentorship and many have been placed in positions in academia, industry or government research laboratories where they also are making significant contributions to the welfare of the human race. This includes three named chaired professors at U.S. universities, research scientists at Sandia National Laboratories, MIT Lincoln Laboratory, Los Alamos National Laboratory, Johns Hopkins University Applied Physics Laboratory, U.S. EPA, Jet Propulsion Laboratory, GlaxoSmithKline, Pfizer and educational leaders (chair and associate head of two major mathematics departments; executive director of SIAM, the major applied mathematics professional society; dean of graduate studies at a major university; and research/educational program leaders at NSF and AFOSR).

A few years ago, the College of Sciences produced this video highlighting Tom’s work and his commitment to the training of the next generation of mathematicians.

Tom was a member of the founding directorate of the Statistical and Applied Mathematical Sciences Institute (SAMSI, one of the major NSF institutes) which is operated jointly by NC State, Duke University, UNC-Chapel Hill and the NSF. During 2001-2005 he developed the SAMSI Education and Outreach (E&O) Program to foster participation of undergraduates, graduate students and postdoctoral fellows in joint statistical/mathematical research projects. This program has become the model for such E&O programs at other NSF institutes, even those that are much older than SAMSI.

Tom’s enthusiasm for applied mathematics and his ability to convey mathematical ideas through real-world applications was well-known and admired nationally as well as internationally. He was in high demand for lectures at seminars, conferences and workshops.

“Tom is a national treasure,” said Carlos Castillo-Chavez, Regents Professor and Joaquin Bustoz Jr. Professor of Mathematical Biology at Arizona State University. “We have lost one of the best friends I’ve ever known,” said David Gilliam from Texas Tech University. His funeral service will be held at 2 p.m. on Saturday, January 11, at Christ the King Church, 600 Walnut Street, Cary, N.C.